The territory of Bulgaria has been inhabited from the deepest antiquity. Evidence of this are numerous peasant and tomb mounds found on the territory. The lands of present-day Bulgaria are home to some of the earliest civilizations in Europe - the excavations near Ohoden (Vracshan), the mound to the village of Znaci (Pazardzhik) and the oldest discovered gold, were found in the city of Halkolitna, near Halkolitni . From the epoch of Ancient Thrace we have inherited precious cultural monuments - tombs (Kazanlashka, Aleksandrovska, Sveshtarska, etc.), treasures (Panagyursko, Rogozensko, Valchitransko, etc.), shrines and temples (Perperikon, Starosel, Kozi Gramadi, Begliktash and others).

Cultural interactions between the Thracians and Hellenic civilization were particularly active during VI-II century BC. Many cities were founded in Thrace, Moesia and on the shores of the Black Sea that became conduits of Greek cultural influence. In the middle of the first century AD. all Bulgarian lands became part of the Roman Empire. Many architectural and archeological monuments have been preserved from this period - the Ancient Theater and the Roman Stadium in Plovdiv, the remains of the Roman cities of Ulpia Escus, Nove, Nikopolis ad Istrum, Nikopolis ad Nestum, Augusta Trayana, Abritus and others.

After the collapse of the Roman Empire, today's Bulgarian lands became part of the Eastern Roman Empire, later called Byzantium by historians. In the second half of the 7th century the proto-Bulgarians settled on the territory of today's Northeastern Bulgaria. In alliance with the Slavs, they formed the Bulgarian state, recognized by Byzantium in 681. The head of the state was the leader of the proto-Bulgarians - Khan Asparuh, and the capital was declared the city of Pliska.

During the reign of Khan Krum (803-814) Bulgaria bordered on the west with the empire of Charlemagne, and on the east the Bulgarian troops reached the walls of the capital of Byzantium - Constantinople. In 864, during the reign of Prince Boris I Michael (852-889), the Bulgarians adopted Christianity as the official religion and Bulgaria became one of the oldest Christian countries in Europe.

At the end of the ninth century, the brothers Cyril (Constantine the Philosopher) and Methodius created and distributed the Slavic alphabet. Ohrid and Veliki Preslav became centers of Bulgarian and Slavic culture. From Bulgaria the Slavic script spread to other Slavic countries. Even today, countries such as Russia, Serbia, Ukraine, Macedonia and Belarus use the Cyrillic alphabet, whose spelling rules were created by the students of Cyril and Methodius and their followers in the Bulgarian capital Preslav. The reign of Tsar Simeon I (893 - 927) is known as the "Golden Age of Bulgarian culture", and the country's borders at that time reached the Black Sea, White Sea and the Adriatic Sea.

In 1018, after long wars, Bulgaria was conquered by Byzantium. In 1185, an uprising led by the boyar brothers Assen and Peter overthrew Byzantine rule. The Second Bulgarian Kingdom was founded and Tarnovo became the capital.
The lost power of Bulgaria was restored during the time of their youngest brother - Kaloyan (ruled 1197-1207), and during the reign of Tsar Ivan Asen II (1218-1241) the Second Bulgarian Kingdom reached its greatest prosperity - established political hegemony in Southeast Europe, expanding its borders to the Black Sea, White Sea and Adriatic Sea, developing economy and culture. Among the most significant preserved monuments from that time are the frescoes in the Boyana Church, the churches in Tarnovo, the Zemen Monastery, the Ivanovo Rock Churches, the miniatures in the London Four Gospels and the Manasseh Chronicle.
At the end of the 14th century the country was conquered by the Ottoman Empire. During the first years of the Ottoman rule there were isolated attempts to liberate Bulgaria. Later, the haidouk movement created preconditions for the emergence of an organized national liberation movement.
At the beginning of the 18th century the Bulgarian Revival began. The Bulgarian church, education and culture were established. The beginning of the organized national liberation movement for the rejection of the Ottoman rule is associated with the case of Georgi Rakovski (1821-1867). The main figures in the liberation movement are Vasil Levski (1837-1873), Lyuben Karavelov (1834-1879), Hristo Botev (1848-1876) and others. 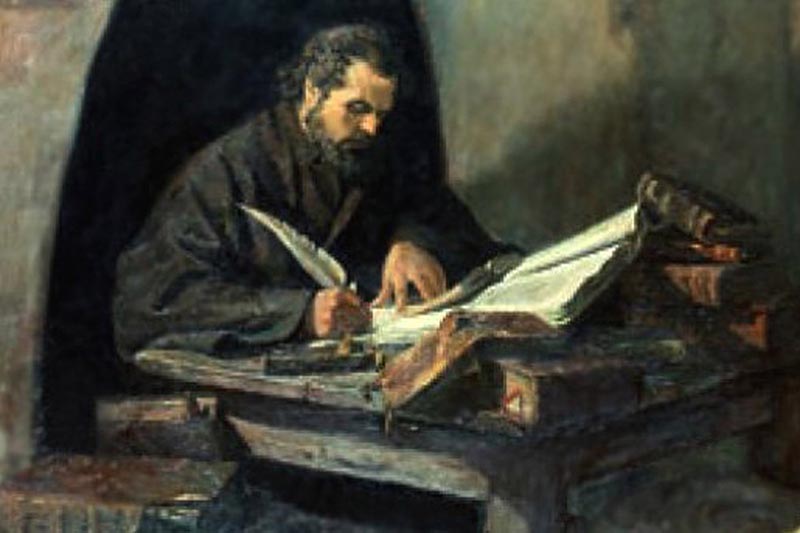 In 1876, the April Uprising broke out - the largest and most organized attempt at liberation. The uprising was suppressed, but put the Bulgarian national question at the center of international political life.
In 1878, as a result of the Russo-Turkish war of liberation, the Bulgarian state was restored. The Congress of Berlin (1878) divided the former Bulgarian territories into three - the Principality of Bulgaria headed by a prince, Eastern Rumelia with a Christian governor appointed by the sultan, and Thrace and Macedonia, which remained under the rule of the Ottoman Empire. Alexander Battenberg was elected the first prince of the Principality of Bulgaria. In 1879 the first constitution of Bulgaria was adopted - one of the most democratic for its time. In 1885 the two Bulgarian states - the Principality of Bulgaria and Eastern Rumelia - were united. In 1908, the Bulgarian prince Ferdinand Saxe-Coburg-Gotha proclaimed independence from Turkey and was proclaimed king of the Third Bulgarian Kingdom.
Bulgaria fought the victorious Balkan War in 1912. Together with Serbia and Greece, Bulgaria fought for the freedom of Thrace and Macedonia. Disagreements between the former allies led to the Inter-Allied War (1913), in which Bulgaria was defeated. As a result of this war, more territories inhabited by Bulgarians were separated from it. Bulgaria's intervention in the First World War on the side of the Central Powers ended in a national catastrophe. The Neuilly Peace Treaty (1919) imposed harsh clauses on Bulgaria - it lost much of its territory. In the early 1940s, Bulgaria pursued a policy in the interests of Germany and the Axis powers. In 1941 Bulgaria joined the war on the Axis side, but the Bulgarian army did not take part in the battles on the Eastern Front. Tsar Boris III supported the public pressure and did not allow the deportation of about 50,000 Bulgarian Jews. Of all European countries, only Denmark and Bulgaria managed to keep their Jewish populations out of the Nazi gas chambers. In the autumn of 1944, Bulgaria joined the Allies and took an active part in pushing the German troops out of Southern and Central Europe.

After the Second World War, Bulgaria fell into the sphere of political and economic influence of the USSR. In 1946 the country was proclaimed a republic. The Bulgarian Communist Party came to power. Political parties outside the Patriotic Front are banned, the economy and banks are nationalized, land is organized in cooperatives.

At the end of 1989, the democratic changes in Bulgaria began. Multi-party elections are being held. A new constitution has been adopted. Bulgaria is taking the path to democratic development and a market economy. In its foreign policy, Bulgaria is oriented towards rapprochement with European structures. It has been a member of the Council of Europe since 1991. In 2004, Bulgaria became a member of NATO. In 1995, Bulgaria applied for membership in the European Union. In 1999, accession negotiations began. The Treaty of Accession of the Republic of Bulgaria to the European Union was signed on 25 April 2005 in Luxembourg. On January 1, 2007, after fulfilling the membership criteria, Bulgaria became a full member of the European Union.