Georgia will be the first country in the South Caucasus to sign an agreement with the EU agency Eurojust , which was set up in 2002 to help EU member states and several non-EU countries cooperate more effectively in the fight against terrorism and serious crime.

The service said the European Parliament had already voted on the issue, with 555 MEPs supporting the signing of the agreement between Georgia and Eurojust , 29 voted against and 20 abstained.

"In the coming days, Georgian Justice Minister Tea Tsulukiani and Georgian Prosecutor General Shalva Tadumadze will arrive in The Hague to sign the agreement," the prosecutor's office said.

The Prosecutor's Office also stated that the agreement will provide opportunities for Georgia and the EU member states for timely and effective cooperation in the investigation of serious crimes.

"This is especially true of organized crime," the Prosecutor's Office added.

The service said that before deciding to sign the agreement, Eurojust had examined "in depth” how Georgian law enforcement agencies protect personal information.

Each year, Eurojust generates an increasing number of cases (currently over 2300) and conducts around 250 coordination meetings, as well as manages 10 coordination centers, reports the press service of Eurojust . 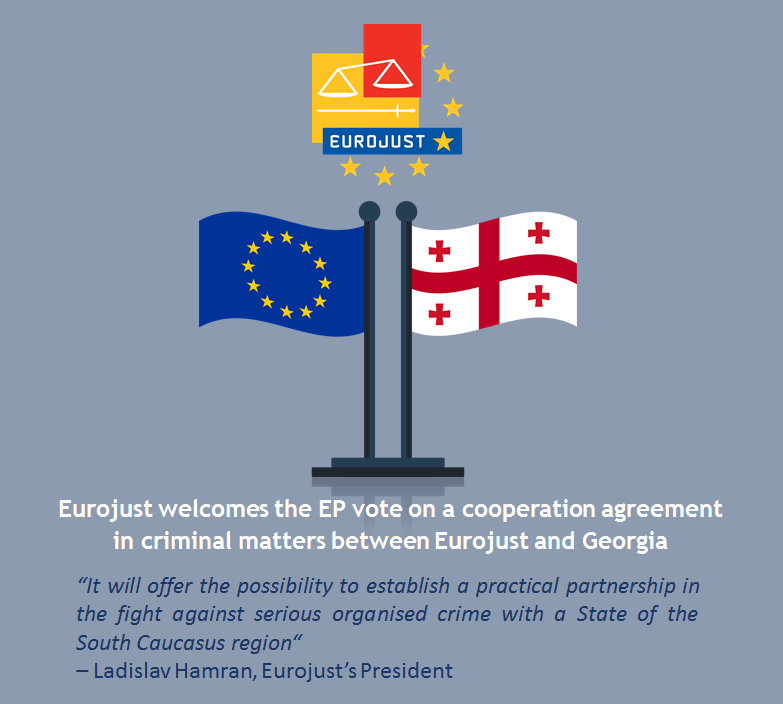