Tbilisi is the political, economic and cultural center of Georgia. The city was founded in the 5th century, but in the 6th century it became the capital of Georgia. Due to its rich history and ethnic diversity, different architectural styles can be seen in Tbilisi. In the city center there are both very modern and old narrow streets. The most interesting part for tourists are the old quarters. In Tbilisi there are churches as well as mosques and synagogues located close to each other. This fact clearly shows tolerance in Tbilisi. It is in the old part of the city are the most interesting sights. This neighborhood is famous for "abanotubani" (natural baths-working to this day); Chardin Street; restaurants, cafe bars; nightclubs and galleries. 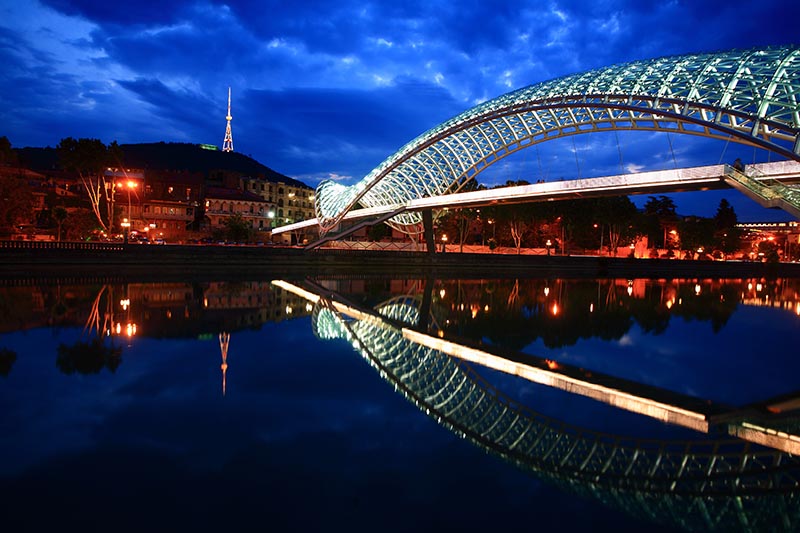 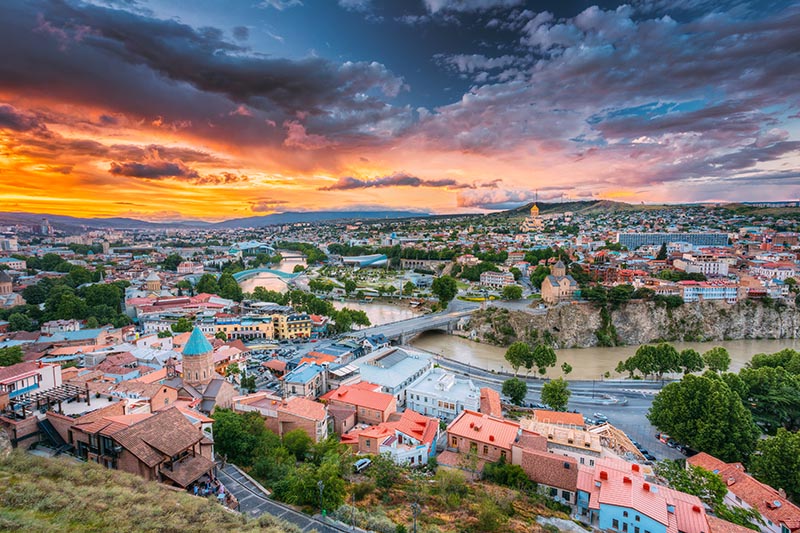 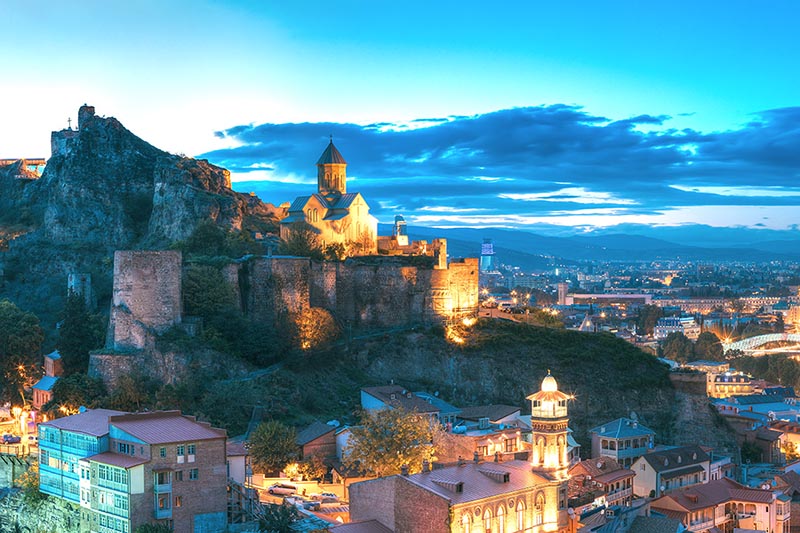 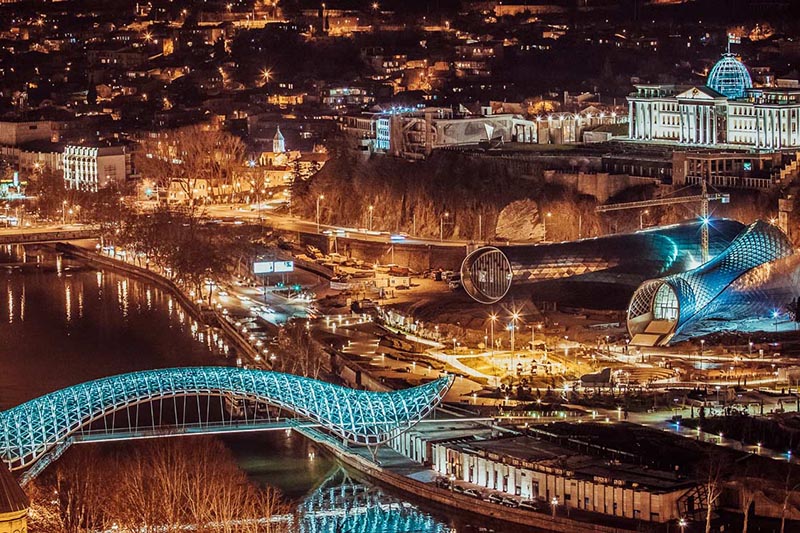 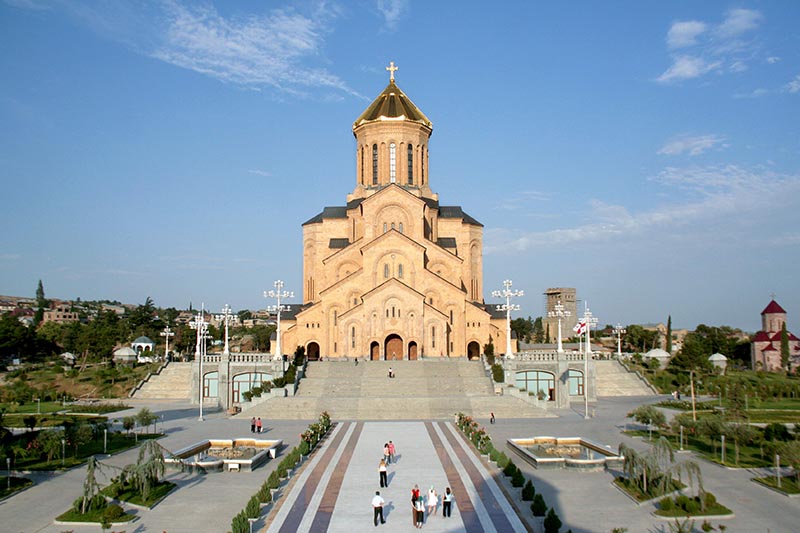 Hole Trinity is the tallest orthodox church in Georgia.

Rustaveli Avenue starts from Freedom Square and is referred to as the city center - due to the large number of important state, public, cultural and business institutions located here. 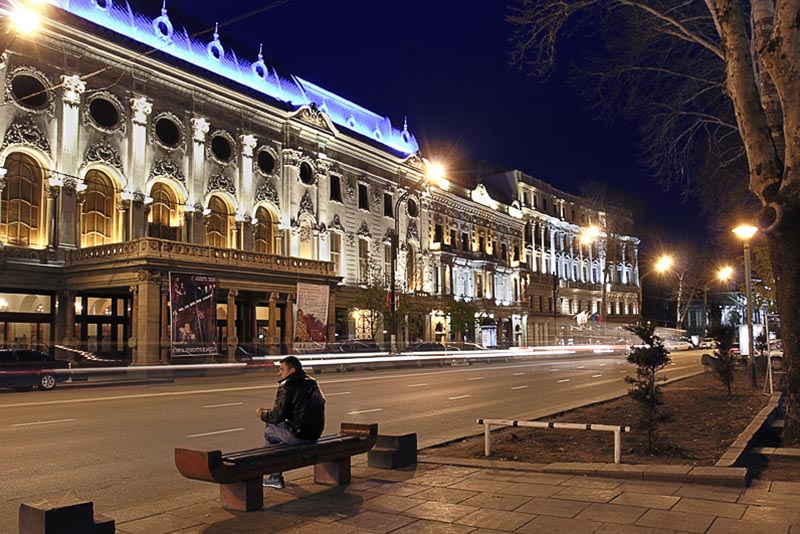 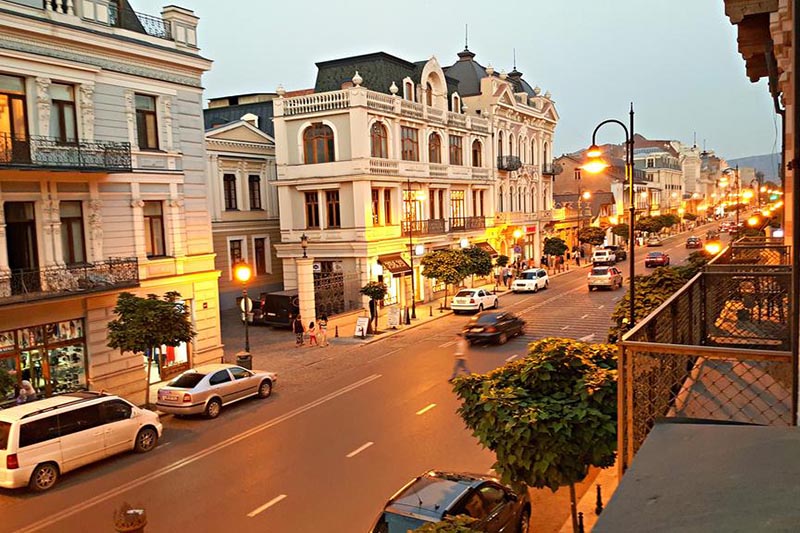 One of the oldest and most beautiful streets in Tbilisi. Here you will find old architectural buildings, painted entrances and distinctive ornaments.

Vakhtang Gorgasali (founder of Tbilisi) Square, the current name of the square - Maidan.

Tbilisi's ancient shopping square, known since the XVII century. From the square you can see many sights, such as: Metekhi Church - The facade of Metekhi Church is decorated mainly around the windows; In front of the temple stands a bronze statue of Vakhtang Gorgasali; Castle Palace Narikala - located on a steep hill, between the sulfur bath and the beautiful botanical garden of Tbilisi. 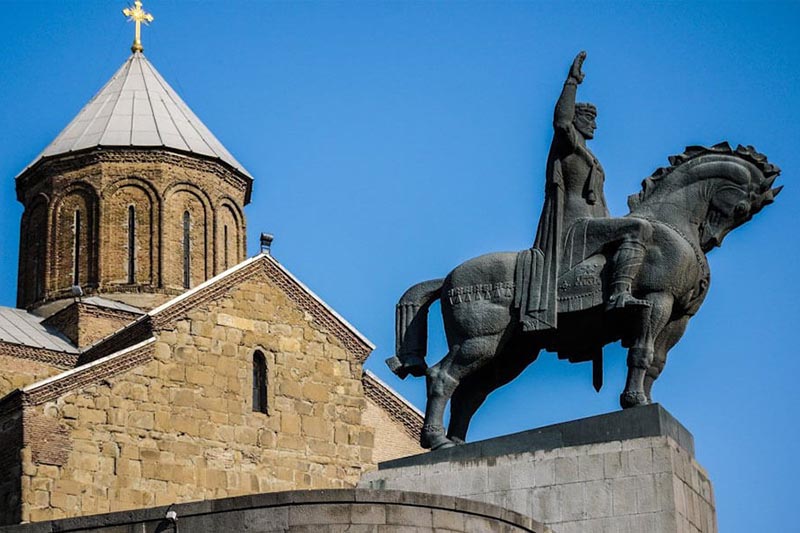 Abanotubani - bath district, is the oldest part of Tbilisi. The first settlement appeared here, the cradle of the capital of Georgia was established here. Today, there are 7 sulfur baths in old Tbilisi.

Tbilisi thermal waters have healing properties. The temperature of the springs ranges from 24 to 27 degrees Celsius. 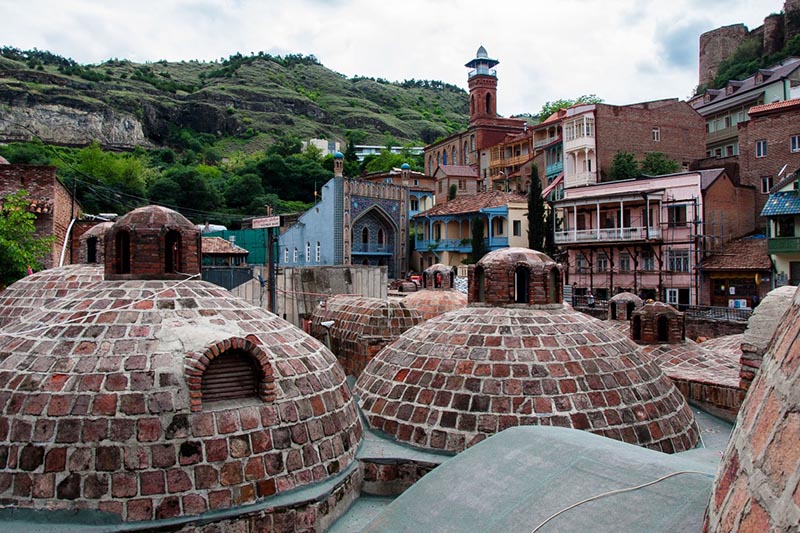 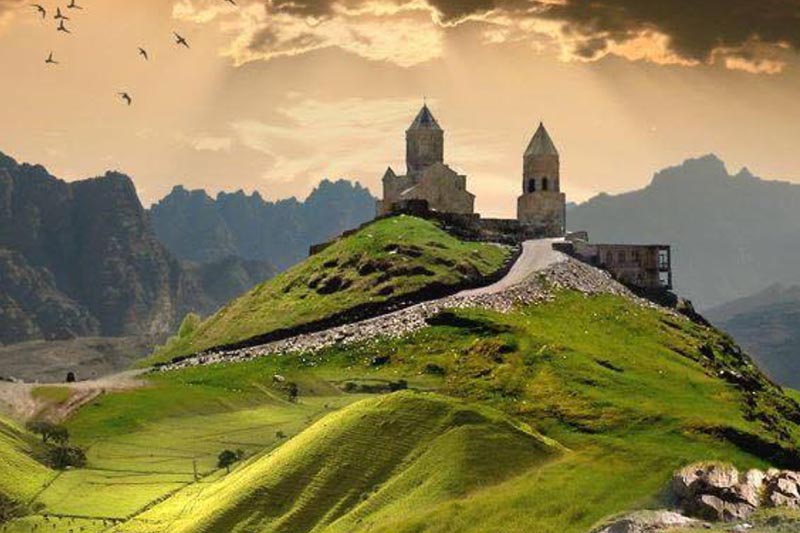 The old capital of Georgia. The history of Christianity in Georgia begins in Mtskheta. Mtskheta is considered to be the second Jerusalem.

Glacier is located in northern Georgia, on the ridge next to the Caucasus, on the border with Russia. Its height is 5,033 meters. It is the highest peak of Eastern Georgia. 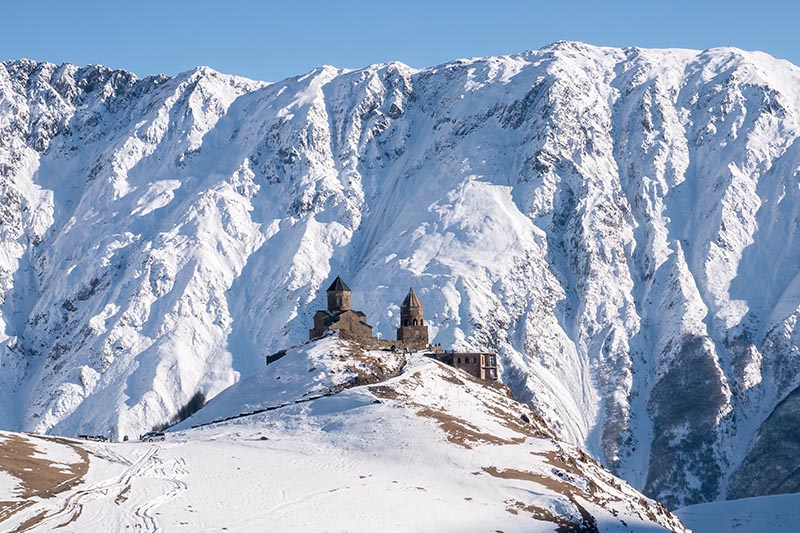 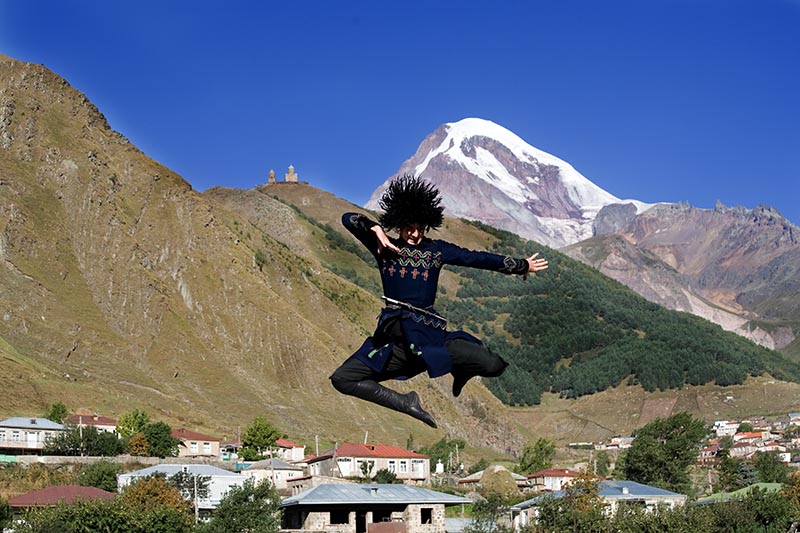 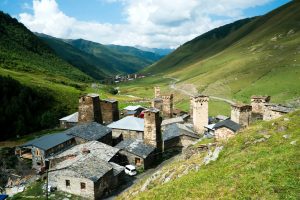 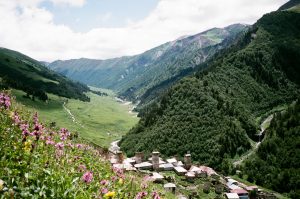 This beautiful mountain region of Georgia is in the Caucasus region and is one of the highest mountain villages in the Caucasus. Svaneti is located on the southern slopes of the Caucasus Peninsula, where the Enguri and Chenitskali rivers begin. It is no coincidence that the highest peak in Georgia - Shhara is located in Svaneti. The height of Shhara from sea level is approximately 5,068 m.

Upper Svaneti is known for the fact that the population in this region was neither now nor before forcibly subjugated, unlike other parts of Georgia.

From ancient times Svaneti has been the custodian of Georgia's treasures. All state valuables, icons, crosses and other religious and national artifacts were hidden in the unconquerable mountains of Svaneti. Even today, some of these treasures are kept in these upper areas of Svaneti. The people of Svaneti have their own special dialect.

Batumi is the capital of Adjara on the Black Sea coast, in southwestern Georgia.

Georgian Sea Gate is one of the oldest and most strategic cities with a history of about two thousand years. Batumi has one of the deepest and most convenient ports on the Black Sea.

Batumi Cathedral of the Mother of God was built in 1898 with the funding of the Zubalashvili brothers working in Baku; 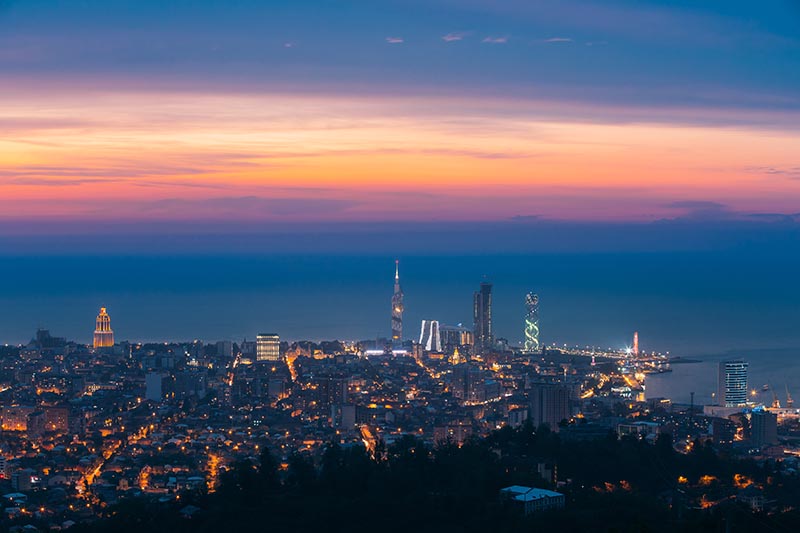 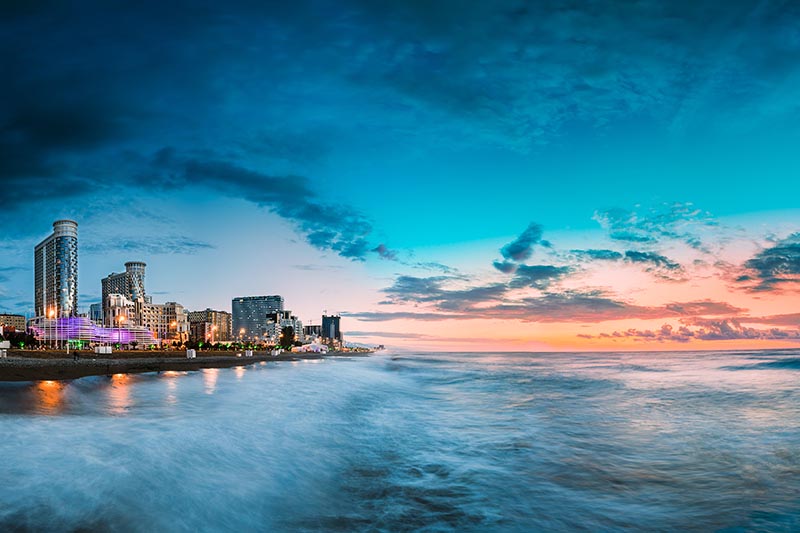 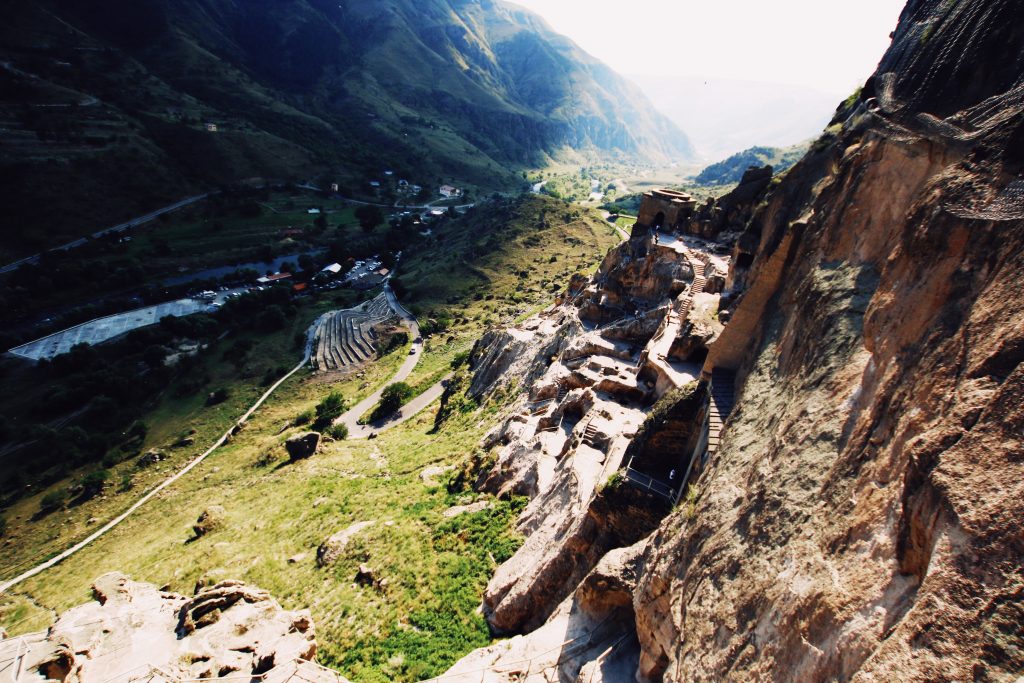 Vardzia - a monastic ensemble carved in the rock, a monument of Georgian artistic culture of XII-XIII centuries.

Khertvisi Fortress is a medieval fortress on the border of Samtskhe and Javakheti, perched on a high rocky mountain. This fortress controls two trade routes - from Georgia to Turkey and Armenia. 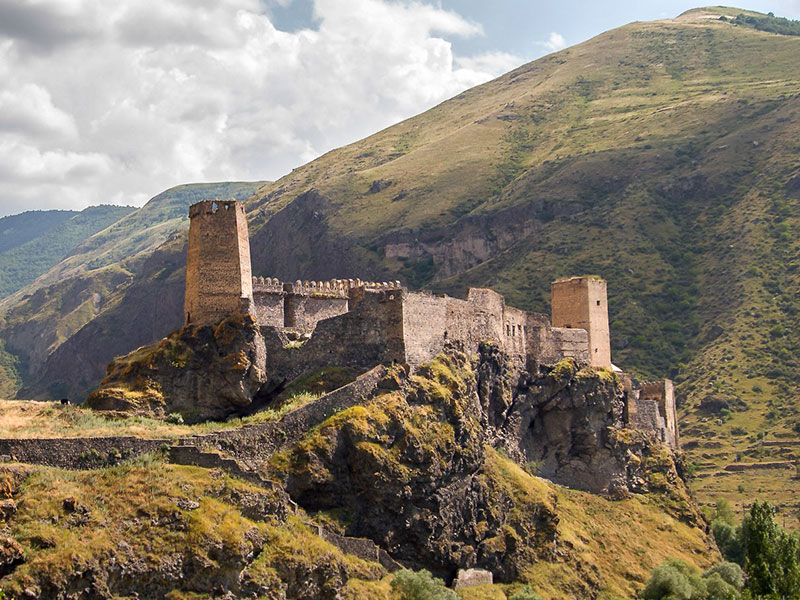 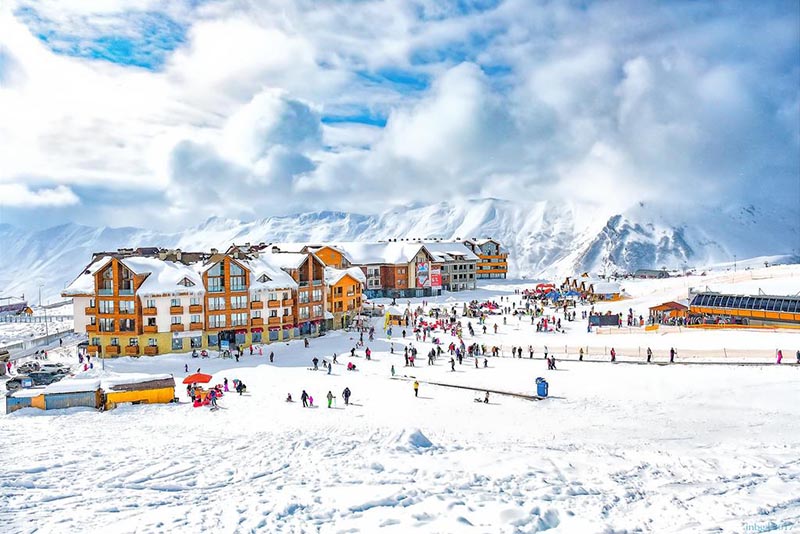 Gudauri is the highest ski resort among the resorts of Georgia. At an altitude of 2200 meters above sea level. The resort is 30 years old, but in this short time it has gained great popularity among ski enthusiasts. The ski season is from December to April.

Abkhazia - the historical-geographical part of Georgia, in the northwest of the country, on the eastern shore of the Black Sea, today it holds the status of an autonomous republic.

It is bordered on the north by the Russian Federation, and on the southeast by the occupation line that runs along the administrative border of the Samegrelo-Zemo Svaneti region. 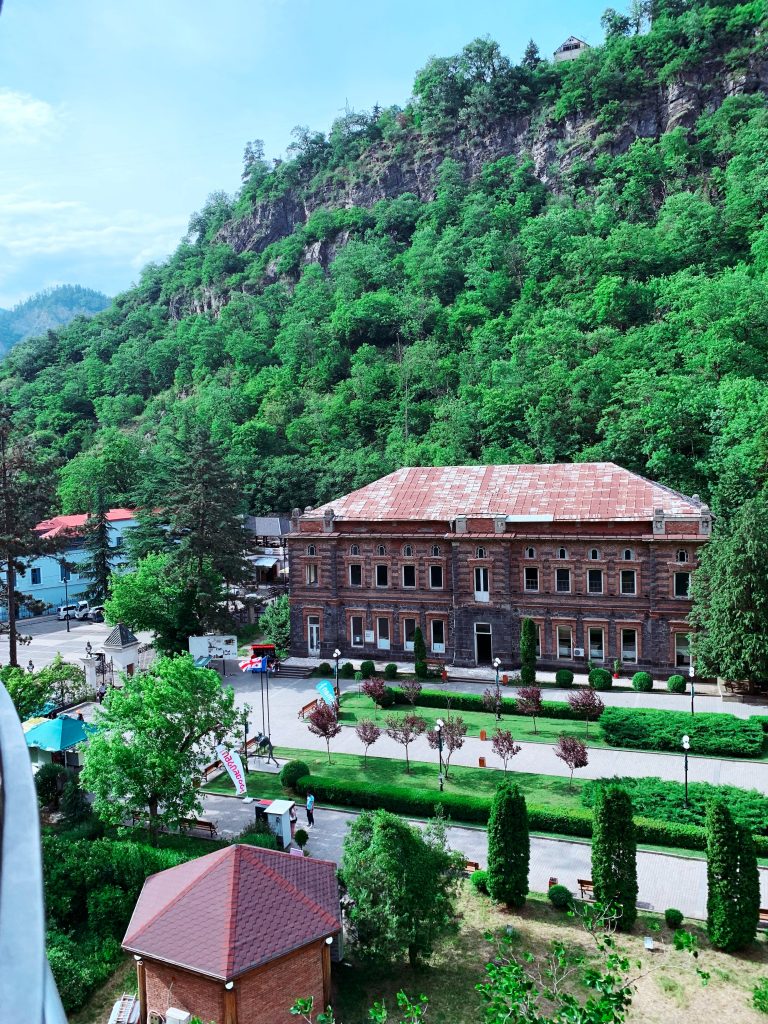 Borjomi - city-resort in Eastern Georgia and the administrative center of Borjomi Municipality.

Borjomi is a balneological and climatic resort. Members of the Russian imperial family often rested here.

One of the most beautiful sights is the Romanov Palace.

There is a famous mineral water bottling plant in Borjomi.